Hey there. Woah, it’s been a while.

A lot has happened since we last published. Ireland repealed the 8th Amendment. Trump consulted Kim Kardashian about the United States’ prison policy. No one won the Nobel prize for literature (they obviously hadn’t read anything we’ve published). James Blake released a new song. Macron got dandruff. Real Madrid won the champions league. Weinstein got arrested. Philip Roth died. Italy got a new government. I’ve been organizing a music festival at Sexyland in Amsterdam Noord on the 16th of June (come one come all). Boris became a hermit. I performed my first theatre piece. Boris made headlines when he discarded his iPhone in favor of a Nokia brick. I found out which times Alex Turner’s doppelganger swims at my local pool. Boris bought new shoes – what do you think? Arty, right? 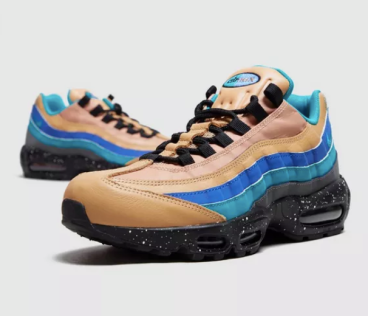 This doesn’t mean we haven’t been thinking about our project.

I’m in the purple. He’s grey. Like his soul.

Even as I wrote essays on media representations of refugees and he on female genital cosmetic surgery, it was always on our mind.

No matter what else we’ve had to do, p01nt is always our priority. 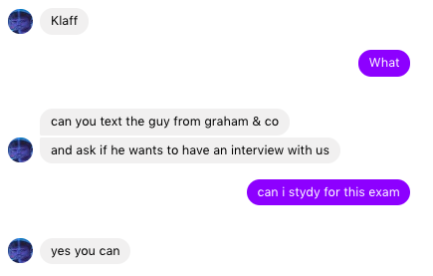 Equally. Even when he rebuffs my kindness. 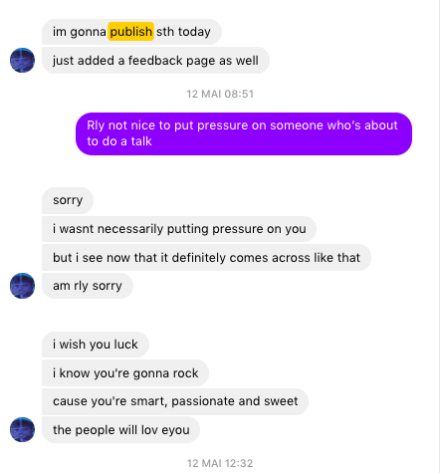 Again, I’m in the purple. He’s the nice one.

In spite of it all, we held on in there, because we had something up our sleeves. We somehow managed to convince our university that this project was valuable community research and that they should let us work on it full time as part of our degree instead of actually doing anything remotely academic.

How we swung that is beyond us, but we’re not complaining. In case you think this is just a chance for us to have fun and hang out together, well, you wouldn’t be wrong. But we’ve also already been working hard. We met up this morning in a hipster café in Amsterdam East, where hot drinks are served in China cups and laptop use is restricted to on one table to preserve the gezellig vibe – the cause for much upset for one fellow customer who gave the waitresses an earful about their “idiotic rule” and the state of the floor.

The day started off promisingly. One of us was twenty minutes late (we won’t be naming names, but it was me) and the other thought that the first thing on the agenda should be which glasses he should buy. This entailed going through 138 photos of him sporting different options, culminating in a leather and gold studded pair from Chanel and a pair that I feared made him look like the kind of guy who wears acid wash dungarees with mickey mouse iron on patches and wants to tell you about his love for Mac Demarco over a Matcha latté. These qualms were overruled by their future owner’s fervent belief that they are the ones that frame his pretty face the best.

So far, so good. Boris only asked if he could do all of this alone once. A mere few terse words were exchanged when he saw the mayhem of my laptop desktop.

Can you believe this?

He only punched me twice. He didn’t even flinch any more than usual when I wasted an inordinate amount of time trying to download Google Drive without his help (it’s a matter of principle, okay?) and any and all personal gossiping was tabled within the first couple of hours, along with our numerous mugs of soya cappuccinos. He only took seven phone calls on his Nokia – in fairness, it was to try and remedy a mess I had made -, and while I dilly-dallied writing this article, he put blood, sweat, and tears into making these masterpieces.

If that’s not art, I don’t know what is.

For the record, Boris, no, playing on Photoshop does not count as writing. And the word for mess is “chaotic”, not “raunchy”.

As nice as it is to be brought food as we work, and as much as we enjoyed their playlist (we love a bit of Mulatu Astatke don’t you?), the fights and clatter of cutlery confirmed our fears that there would be a few too many distractions when we’re left at the mercy of the general public. You know, p01nt, it’s art. Art deserves space. We needed a room of our own. An address for our admirers to send us flowers, for people to be able to pop in for a chat and a cuppa and call it a meeting. So, with some ingenuity and a little help from Boris’ lovely dad, as of tomorrow, we’ll be setting up shop in our very own office space in the centre of Amsterdam. Aren’t we lucky?

So, as of tomorrow, we’ll be working there day in, day out, sourcing the most interesting things we can find to bring to you, our lovely readers (hi mum!). All of this to say, we’re back with a fresh new look, stronger than ever. We’ve got some big things planned already, but as always, we’re always on the hunt for more. We want your stories. Write to us. Call us. Skype us. Text us. Find us. We’re waiting.

Gotta go. It’s time for our first update meeting with our university. You didn’t think they’d let us do all of this unsupervised, did you? Someone has to be held responsible for prizing Boris away from his Netflix subscription, and it’s definitely not going to be me.

P.S. The Dutch diet of three sausages and a cookie for second lunch is not a myth. I discovered this today. 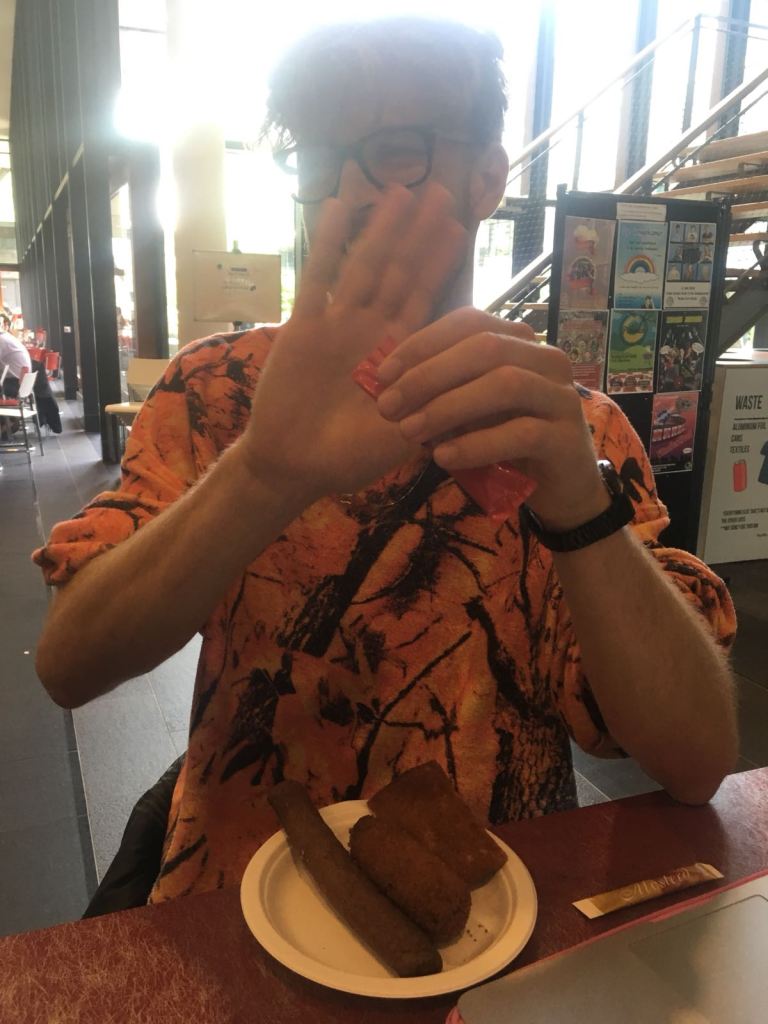